Ohh, DARPA. You gotta hand it to the Department of Defense. Rather than going the traditional and tiresome route of defeating mad scientists one by one with expensive and unpredictable secret agents, they just created an agency and started hiring them. If you fund it, they will come.

And what has our national evil genius corps come up with lately?* Giant cyborg beetles. You think I'm joking. Apparently giant beetle nervous systems are comparatively simple to hack into with a wireless reciever implant, allowing the bug to be controlled remotely. The implant just delivers a little nudge, and the beetle's own nervous system takes care of the complicated business of doing the actual flying, making the resulting abomination considerably more stable than any miniature flying robot. 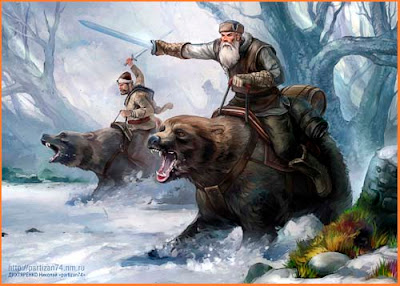 *That they'll tell us about, of course. If this is what they release to the media, Hephaistos only knows what they're working on in secret.
Posted by Bi-Coloured-Python-Rock-Snake at 10:49 PM

Email ThisBlogThis!Share to TwitterShare to FacebookShare to Pinterest
Labels: science and technology, what could possibly go wrong

Just think what we could accomplish as a superpower with market for ROUSes cornered.

I'm having flashbacks to Doc Oc from Spiderman II.

Do I sense some hesitation in you regarding the Bear Cavalry?

Would you feel better if there Lazer systems were not hardwired into their eyes?