I haven't really spoken extensively on the subject of the City of Berkeley's spat with the Marine Corps and their supporters. Other blogs have covered the subject much more thoroughly, and I can't think of anyone who would read my blog who wouldn't have the same reaction as I. But now that zombietime has posted photos of the February 12 protest, I just have to make a few comments. Here, as everywhere else on zombietime, one sees how pervasive are the differences between the poles of America's "culture war". I like to focus, however, on simple comparisons: 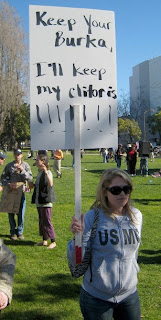 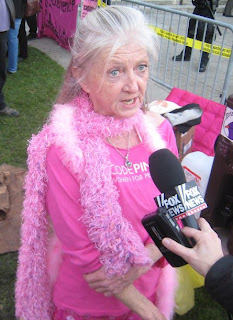 Yeah, that pretty much sums it up.
Posted by Bi-Coloured-Python-Rock-Snake at 10:28 PM

Email ThisBlogThis!Share to TwitterShare to FacebookShare to Pinterest
Labels: politics